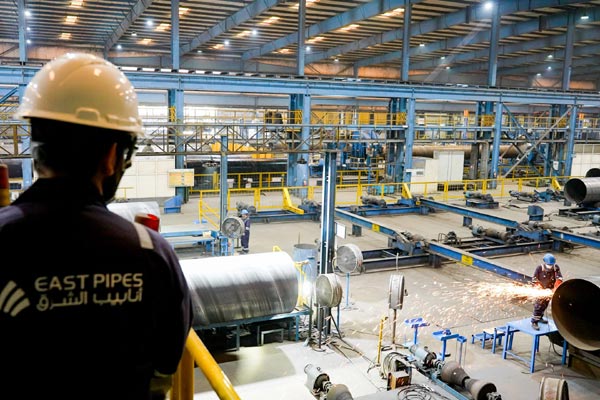 Saudi-based East Pipes Integrated Company for Industry has announced that it has secured multiple contracts worth SR373 million ($99.3 million) from Neom, the developer of the Saudi futuristic city, for its water project within the mega development.
Under these deals, East Pipes Integrated will complete the supplying of its steel pipes to Neom within one year, stated the company in its filing to Saudi bourse Tadawul.
Founded in 2010 in Dammam in the kingdom's Eastern Province, East Pipes Integrated Company has become a major manufacturer of spiral steel pipes.
It presently offers helical submerged arc welded (HSAW) pipes, used in transport, water, oil and gas and other sectors, to customers worldwide.
The Saudi company had reported a 88% growth in its revenue for the first six months ended September 30, 2022, which soared to SR509 million ($82.4 million), mainly driven by a robust topline performance as a result of an increase in sales volumes.
The financial impact of the contract is expected to be materialised in the fiscal year 2023-2024, it added.
Share