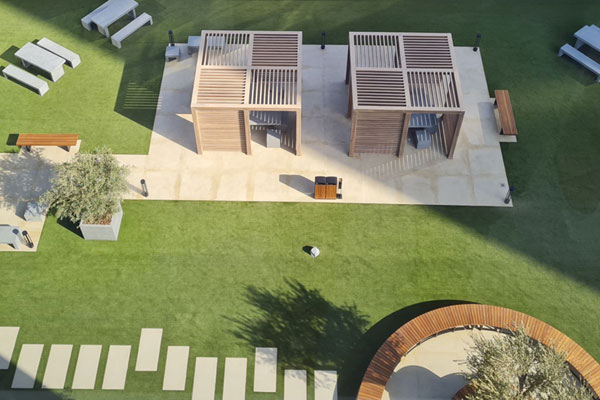 ENBD REIT, a shari'a-compliant real estate investment trust managed by Emirates NBD Asset Management, said it has completed a major upgrade of its flagship Al Thuraya Tower 1 property within Dubai Media City, thus creating a modern and functional high-end office destination.
The project, which began in June last year, was carried out by interior contractor KPS with Savills acting as project manager and cost consultant.
Since completing the AED22 million ($6 million) comprehensive refurbishment, high levels of interest have already resulted in new tenants securing 18,000 sq ft of office space in the building, reflecting a growing demand from prospective business tenants seeking high quality working spaces with desirable amenities in a prominent area, said the statement from ENBD REIT.
The upgrade included a comprehensive fit-out of the foyer and entrance to the building as well as corridors, staircases, and common bathrooms, including lighting and tiling throughout the tower.
The Emirati group said lifts, fire escapes and the podium were also upgraded as part of this project.
In addition to an improved layout and décor, prayer rooms, yoga/fitness studio facilities and additional access for people of determination were also added.
Anthony Taylor, Head of Real Estate at Emirates NBD Asset Management, said: "The successful completion of this major upgrade of Al Thuraya Tower 1 positions ENBD REIT well to take advantage of a new phase in the evolution of Dubai’s office rental market, in which many tenants are seeking quality spaces that prioritise the health and comfort of their staff in an aesthetically attractive and contemporary environment."
"The higher occupancy already achieved in the tower, and the increasing interest now being received from prospective occupiers, initially indicates that the strategic decision that we took in 2020 to invest in the future of this flagship asset that has been a cornerstone of our portfolio for over 15 years has been the right one," he added.
Valued at $69 million, Al Thuraya Tower 1 is the one of the largest asset representing 19% of the value of ENBD REIT’s portfolio, which comprises 11 buildings in Dubai across the office, retail and alternative sectors.-TradeArabia News Service
Share