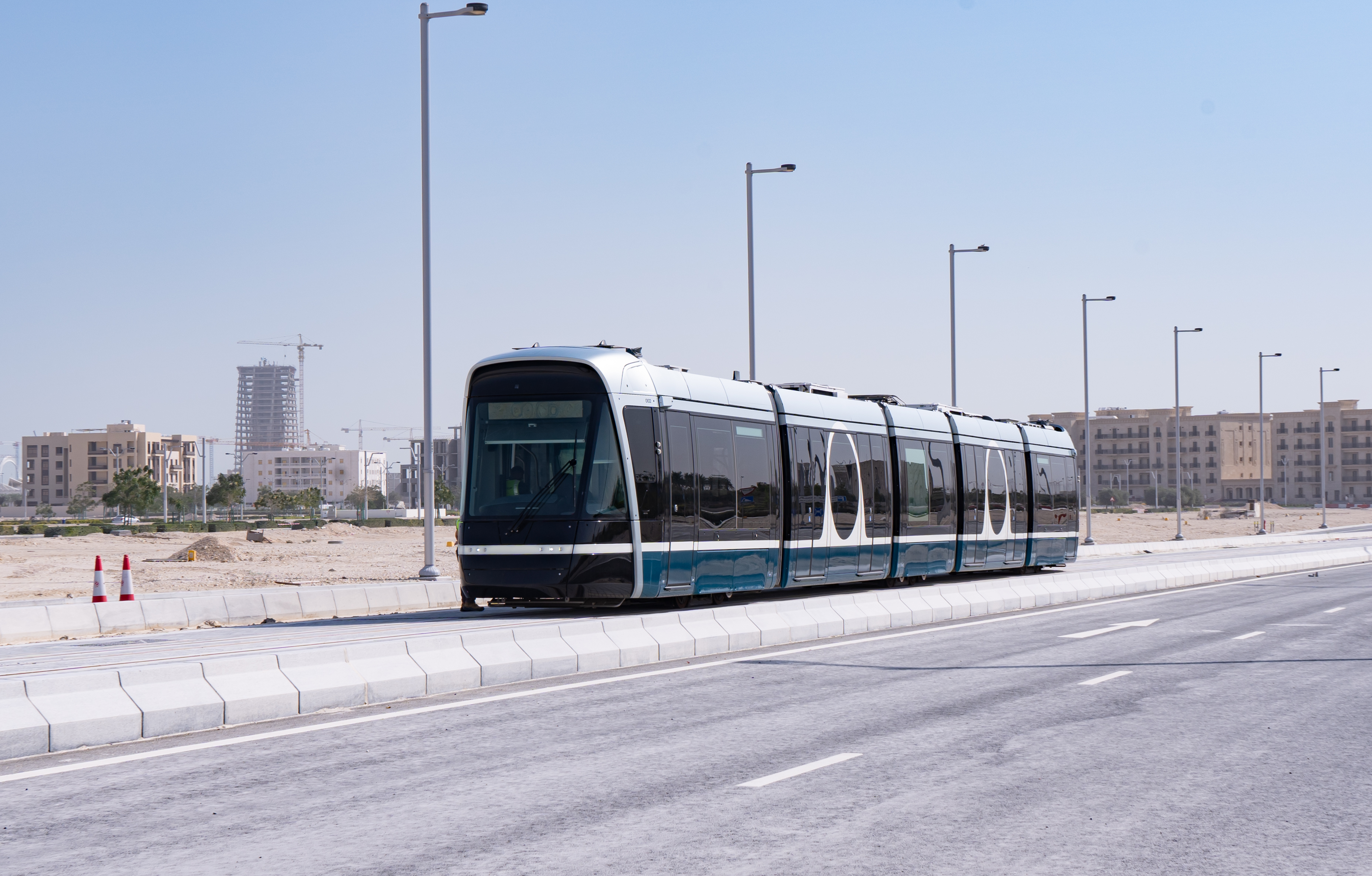 Alstom, a global leader in rail transport and sustainable mobility, has announced that the first tramway in Qatar has entered commercial service in time for the World Cup 2022.
The tram network has been developed by Alstom in consortium with Qatari Diar Vinci Construction (QDVC), a joint venture between Qatari Diar (51%) and French infrastructure giant Vinci Construction Grands Projets (49%).
With a network length of 28 km, this is the largest tramway system project in the Gulf region which also includes 7 km underground. The new transportation system will serve Lusail, a new city located north of Doha, by providing an eco-friendly mobility option for residents. It has 25 stations within Lusail and connects to the Doha Metro.
The network is operational with 28 Citadis X05 new generation trams which have a capacity of 209 passengers each.
In 2014, Alstom, as part of LRTC Consortium  along with QDVC, was awarded a contract by Qatar Railways Company to supply a turnkey tramway system that is catenary-free above ground.
Alstom’s role in the consortium was to provide the design, manufacturing and commissioning of 28 Citadis trams, track works including hardscaping, power supply equipment (Bulk and TPS substations, catenary and APS), and Urbalis 400 CBTC signaling as well as platform screen doors. The Citadis X05 model offers innovative options in terms of dimensions and configurations. The vehicle is 98% recyclable.
"As Qatar welcomes the World Cup this year, we at Alstom are proud to deliver the first catenary-free tramway in the country and a system that will provide efficiency, availability, and easier maintenance," remarked Tamer Salama, the Managing Director of Qatar and UAE.
"Alstom is committed to Qatar’s economic growth and development, and will continue to support the National Vision 2030, through the enhancement of infrastructure and the supply of sustainable solutions such as the Lusail Tramway," he stated.
Each Lusail 32-m long tram is composed of five modules per single unit. The design and colour are inspired by the traditional Qatari boat, the Dhow, on the side of the rolling stock, we also note a pearl - historical symbol in Qatar.
The vehicles are fully low floor to enable easier access for all passengers. The Lusail tramway turnkey system offers passengers a high level of comfort, and it includes passenger information and security systems both at station level and on-board. The trams are eco-friendly and equipped with a full electrical braking system and LED lighting, he explained.
Alstom said several of its sites were involved in the project including Le Creusot, Ornans, Tarbes and Villeurbanne in France and Barcelona in Spain.
More than 3,000 vehicles of the Citadis range have been sold in 60 cities worldwide. Citadis trams have covered over 1 billion kilometres and transported nearly 10 billion passengers since the first tram entered service in 2000.
Along with Lusail, Citadis X05 has been sold in cities such as Sydney, Paris, Nice, Avignon, Caen, Athens, Frankfurt, Cologne and Casablanca, it added.-TradeArabia News Service
Share