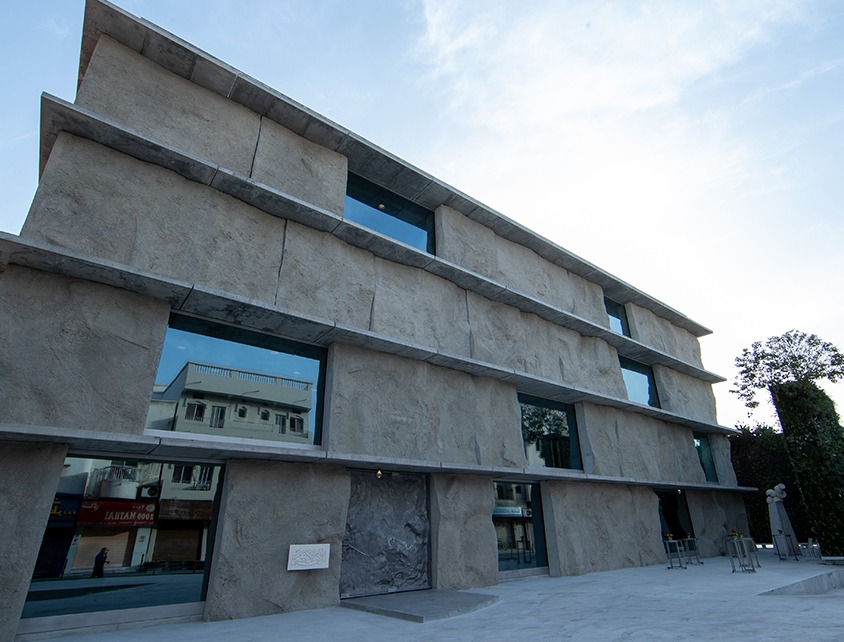 Domus, an international architecture and design magazine, has named Green Corner Building as one of the ten best architectural projects of the year 2021.
Located in Muharraq, Bahrain, Green Corner operates under the auspices of Sheikh Ibrahim Centre for Culture and Research.
The project opened in January last year with the support of UAE to commemorate the Year of Zayed and to promote cultural cooperation between the UAE and Bahrain.
An embodiment of the two nations’ distinguished relations, the project aims to preserve the historical heritage and cultural assets of the two countries and strengthen their bilateral ties.
The Green Corner project is being transformed into a library housing an archive of art in  Bahrain. It will also be a site for restoration of artistic documents and preservation of old books and paintings.
The building was designed by the Dutch Architectural firm Studio Ann Holtrup, and the interior design of the building was the work of Ammar Basheir Creative Studio.
The four floors of the building were made by open casting of concrete. While one full floor has been dedicated to the restoration of paintings and old books and manuscripts, another floor is being used for cultural promotion.
On the global recognition, Noura bint Mohammed Al Kaabi, Minister of Culture and Youth, said: "I am delighted to see this project being featured among the top ten architectural designs of the year 2021. It’s heartening to see how the world is taking notice of our work for the preservation and restoration of our heritage and culture."
"It is a manifestation of the vision of our late Founding Father Sheikh Zayed bin Sultan Al Nahyan as it builds on the elements of environment, nature and heritage. The idea of restoring and redesigning the heritage house was a great way to commemorate Sheikh Zayed’s centenary and remember him as a true stateman who laid the foundation of friendly ties between the UAE and Bahrain."
"Located in the historical city of Muharraq adds to the charm of this project making it a definitive hub for art and culture. True to its founding principles and thanks to its outstanding design and architecture, the Green Corner is thriving as a centre of art and culture today," he noted.
Sheikha Mai bint Mohammed Al Khalifa, Chairperson of the Board of Trustees of the Sheikh Ibrahim Bin Mohammed Al Khalifa Centre for Culture and Research, said: "The feature on Al Muharraq in one of the top architectural magazines in the world goes to show the city’s rich cultural legacy and the uniqueness of its urban landscape. It also shows the impact of cultural infrastructure projects and sustainable development in attracting global attention at various levels."
She pointed out that this achievement is the result of cooperation between Bahrain and the UAE, and thanked the UAE Ministry of Culture and Youth, for its efforts in executing the project, especially Noura bint Mohammed Al Kaabi, Minister of Culture and Youth, for her constant involvement in improving the bilateral cultural relations between the two countries.
Sheikha Mai commended the vision and design of the Dutch engineering company which carried out the project.
Further adding how the project has added to Al Muharraq’s profile of being a cultural centre that stands out for its innovative designs while the city has been attracting international expertise in the field of design and architectural creativity.
Domus magazine featured a full-length article about the Green Corner project. The magazine noted that the project reflects the ability of architectural designs to create an emotional relationship with its surroundings and forge a dialogue in the language of art and craftsmanship.
It highlighted the remarkable façade of the modern building made of large sand-cast concrete blocks and quoted architect Anne Holtrup, who said that the project reinterprets traditional Bahraini methods of construction, which relied on limestone and sandstones.
The Green Corner building made headlines recently and was recognised by many design specialists when it appeared on the cover of the El Croquis magazine, a prestigious design and architecture magazine published in English and Spanish.
The building is located next to an acclaimed vertical garden created by Sheikh Ibrahim Centre and designed by the French botanist Patrick Blanc, the founder of the vertical garden technology known the world over for his distinctive designs.-TradeArabia News Service
Share