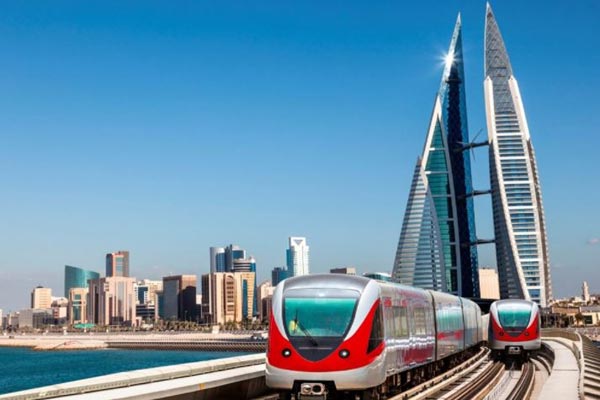 Bahrain's Ministry of Transportation and Telecommunication (MTT) has invited pre-qualification bids from global and regional developers for the first phase of its ambitious 109-km-long metro system.
The Bahrain Metro will be developed in four phases with the initial one comprising two lines with a total length of 29 km and 20 stations.
MTT said it is looking to procure the project as an integrated public private partnership (PPP) through a  two-stage global and competitively bid public tender process comprising Request for Qualification followed by the Request for Proposal.
The deadline for submitting the pre-qualification bids has been set at March 2.
According to the ministry, the selected private partner will implement the project on DBFOMT (Design, Build, Finance, Operate, Maintain, Transfer) basis with a contract period of 35 years.
Estimated to cost around $2 billion, the metro project marks an important milestone as it will provide a fast, comfortable, reliable, sustainable and modern transportation system in the kingdom, thereby improving the standards of living.
According to MTT, the ridership in the initial few years of operation is expected to be around 200,000 per day, with growth expected as more travellers shift from using their private cars to the metro system.
KPMG has been signed up as the lead transaction advisor, while Egis is the technical advisor and DLA Piper the legal advisor for procurement of the project on a PPP basis.-TradeArabia News Service
Share