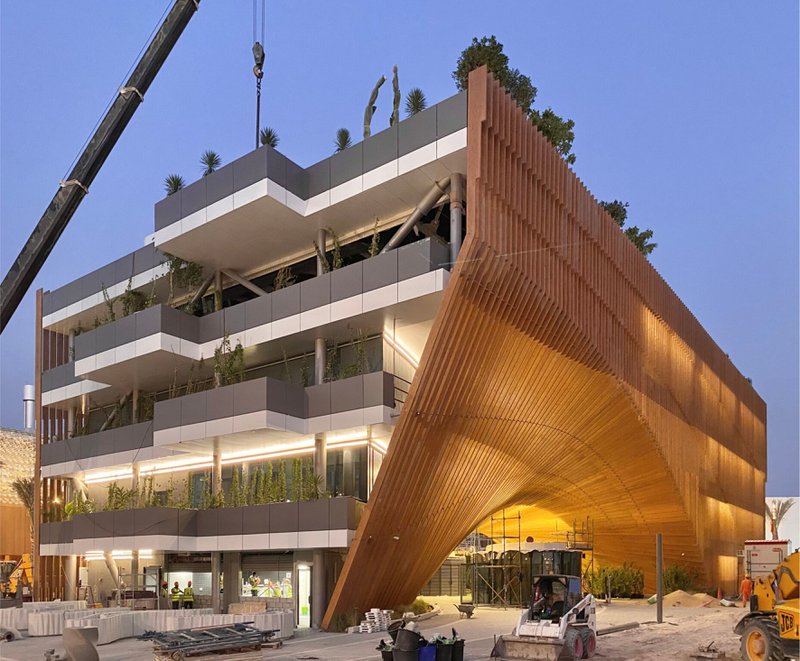 Leading infrastructure group Besix has announced that it has completed the construction of Belgium's country pavilion for the Expo 2020 Dubai and handed it over to BelExpo, the Belgian General Commission for International Exhibitions.
Designed jointly by Besix Group and the Belgian architects Vincent Callebaut and Assar, this building will showcase Belgium, its talents and its assets.
The Belgian Pavilion is now part of the history of Besix and of Belgian representation at world fairs, said the statement from Belgian infrastructure group.
In 2015, the company had already built the Belgian Pavilion for the Milan World Expo. After the event, Besix re-assembled it in Belgium, on top of the Citadel of Namur for the city authorities.
The Belgian Pavilion in Dubai too can be dismantled and reassembled in the same way after the gala event, said the statement.
Group's Deputy CEO Pierre Sironval said: "Besix is very proud to deliver to Belgium this outstanding building, both in terms of architecture and scenography. It will be one of the most emblematic pavilions of the Dubai World Expo, with its spectacular parabolic arch and its panoramic terrace offering a unique view of the Expo site."
Sironval said: "In the early 2000s, it was also Besix and its subsidiary Jacques Delens which completely renovated the Atomium in Brussels. This link between us and world fairs continues even to this day and we are very proud to accompany Belgium all the way to the UAE where we have been active since 1965."
For the construction of the building, Besix was able to count on Six Construct, the group's subsidiary in the Middle East. The complementarity of the teams in Brussels and Dubai was an essential factor in the success of the project, he added.
Managing Director (Middle East) Olivier Crasson said: "I can only recommend visiting the Dubai World Expo. Under the theme 'Connecting Minds, Creating the Future', the event also demonstrates the UAE's commitment to actively contribute to shaping a more sustainable world."
"We are very proud to have contributed to making this vision a reality, including building the inspiring and beautiful Belgian and French Pavilions," he added.-TradeArabia News Service
Share