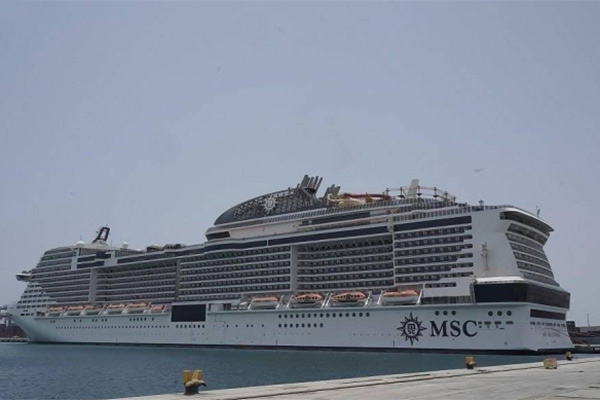 The first cruise ship terminal at Jeddah Islamic Port has been inaugurated on Wednesday, Saudi Ports authority 'Mawani' and the Saudi Cruise Company were quoted as saying in a media report.

The step comes two days before the launch of the first cruise from Saudi Arabia for "Bellisima" giant ship towards local and regional destinations, where the giant ship will depart from Jeddah Islamic Port to stations in Jordan and Egypt, reported Saudi Gazette.

Managing Director of Cruise Saudi Arabia Fawaz Farooqi said: "The inauguration of the first cruise ship station represents an important step that contributes to the promotion and development of tourism trips on the Red Sea coast, and supports the growth of the tourism sector in the Kingdom."

For his part, the General Authority of Ports President Omar Hariri considered choosing Jeddah Islamic Port to be the first gateway where cruise ships will dock and leave in the Kingdom for its pivotal strategic location.

"We worked with our partners to develop infrastructure, marine, and logistical services in Jeddah Islamic Port, by inaugurating a passenger terminal for cruise ships after developing it to accommodate more than 2,500 passengers," Hariri said.