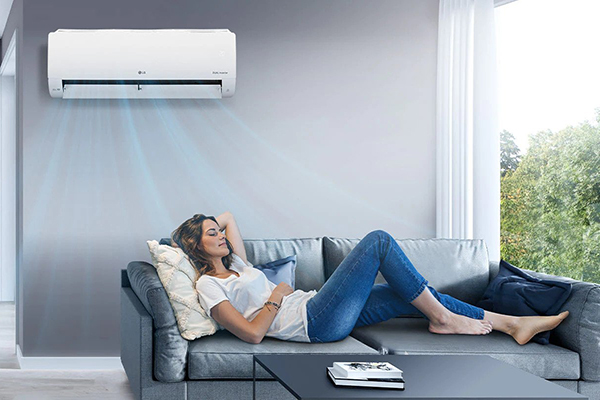 LG Electronics (LG), one of the world's biggest consumer electronics and home appliances manufacturer, has introduced its latest range of Dualcool ACs across the Gulf region for faster and more consistent cooling, while also reducing energy consumption.
"Integral to making this possible is LG’s Dual Inverter Compressor, a system which uses fewer moving parts to offer greater durability, as well as faster, quieter and more efficient cooling," a company spokesperson said.
"The latest Dualcool models have been tested and certified to cool the air up to 60 percent faster than conventional ACs. What’s more, with Dual Inverter Compressor technology inside, Dualcool ACs can also save up to 65% more energy, when compared with non-inverter air conditioners.
"LG’s Dual Inverter Compressor itself also comes backed by a 10-year warranty, illustrating clear confidence in its performance," the spokesperson added.
A statement from the company elaborated: "Dualcool air conditioners feature four different speed settings. When in need of lots of cool air, users can choose the highest speed setting. When simply wishing to create a relaxing environment, the lowest speed can be chosen accordingly.
"LG has also made it easy to monitor energy consumption – a subtle display on the Dualcool’s front informs the user of energy usage in real-time, while the AC is operating – always keeping homeowners in the know."
The latest Dualcool ACs also come with an in-built pre-filter, which acts as a first line of defence, trapping large dust particles and stopping them from re-circulating in the air. These air conditioners also benefit from an Auto Cleaning function.
Performing an internal clean, automatically, the ACs are able to dry out and eliminate moisture – ensuring that both the appliance and the air remain clean.
"In the Gulf region, LG’s Dualcool air conditioners are also designed to operate in temperatures of up to 65°C. Users can download the LG ThinQ app, enabling remote control of the larger capacity Dualcool ACs. With the app, users can even purchase LG-certified parts and accessories with just a few taps on their smartphone," he added.-TradeArabia News Service
Share