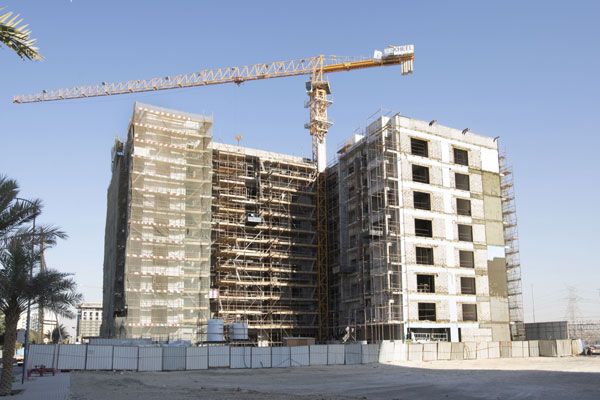 Azizi Developments, a leading private developer in the UAE, has announced that its unit sales have reached their pre-pandemic levels as of March 2021.
Developers had struggled to sell properties during the lockdown, but once it was lifted, Azizi began selling around five to six units a day. Towards the end of 2020, it was close to reaching its pre-pandemic levels, with daily sales of 10 to 12 units, said the statement from the developer.
Now, it’s sales volume has reached a healthy level, with 12 to 15 units being sold per day, it added.
In terms of unit types, 32 per cent of the developer's sales comprise one-bedroom units, 27 per cent were retail units, 19 per cent were studios, 17 per cent were two-bedroom apartments, and 5 per cent were three-bedroom apartments.
Over the past three months, 69 per cent of Azizi Development's unit sales were for Riviera in MBR City, 13 per cent for its developments in Al Furjan, and 10 per cent for its projects in Dubai Healthcare City.
Another 7 per cent were for Mina on Palm Jumeirah, and 1 per cent for Avenue - it's recently launched project in MBR City.
The Emirati developer revealed that it was now set to exceed its pre-pandemic levels, projecting sales upward of 14 units per day in the coming months, largely due to the emirate’s promising future.
Azizi’s resilient sales framework, which is rooted in its commitment to transparency, customer centricity and its distinguished, value-adding world-class properties, has proven its merits, said a top official.
"Our extensive portfolio of modern luxury homes across the emirate’s most sought-after residential destinations, coupled with our transparent, construction-driven, and customer-centric approach, have made us a trusted developer of choice for investors and end-users in the UAE and beyond," remarked its CEO Farhad Azizi.
"2020 was an unusual - and at times challenging - year for us all, but a strong rebound is what defines us and our resilience," he noted.
"Our projects, which are developed to meet and exceed buyer aspirations, remain among the top choices in the UAE, as well as to international investors. All of our homes are tailored and direct responses to carefully researched, contemporary market trends and needs, as our remarkably high ratio of units sold prior to completion underlines as well," stated Azizi.
"We’re tremendously proud of having reached our pre-pandemic sales volumes this month and look forward to surpassing these, while going above and beyond in ensuring our valued investor’s happiness," he added.-TradeArabia News Service
Share