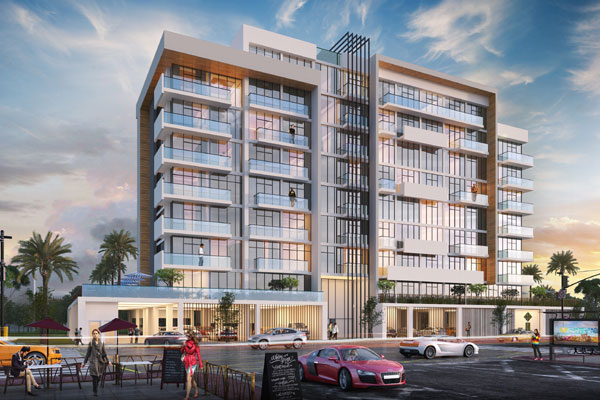 Azizi Developments, one of the leading private developers in the UAE, has unveiled ‘Les Jardins’, an aesthetically designed, lush green park in Azizi Riviera, the company’s flagship waterfront development in Meydan One.

Complementing the announcement, Azizi Developments also released ‘Le Pavillon’, a unique residential building that overlooks the new garden, offering its residents spectacular and soothing views of the greenery and architecturally-elegant Meydan Hotel on the other side.

The all-new Le Pavillon homes are part of a nine-storey residential tower that directly faces the garden. A vast open park, Les Jardins (French for The Gardens) spans across the whole Riviera, said the Emirati developer.

Covering the entire breadth of the development, several residential towers will offer direct views and access to the gardens, it stated.

According to Azizi, the residents will step out to the immaculately designed and maintained garden that will feature extensive green fields, flowering plants and towering trees.

Adding to the appeal of Les Jardins, the lavish space will comprise ponds, fountains, paved jogging and walking paths, and carefully laid-out picnic areas and social spaces fit for larger events to foster a sense of community. There will also be barbeque areas for families and friends to gather, it added.

CEO Farhad Azizi said: "One of our top priorities is to ensure the wellness of our residents and to add to their quality of life. Les Jardins will significantly enhance the well-being of our residents in Azizi Riviera, not only assuring them spectacular views but also the ideal environment to pursue a healthy and balanced lifestyle."

"The addition of the park will also add immense value to investors and assure strong rental returns," he stated.

“Assuring a serene lifestyle in the heart of the city, Les Jardins brings greenery to the doorsteps of residents. Les Jardins celebrates our outlook of developing lifestyles – not just buildings. Through entertainment, sports and wellness amenities, we strive to enrich the lives of our residents,” he added.

Azizi Developments prides itself on delivering master-planned communities that are carefully thought-out and offer a true sense of community and belonging to all.

Upon completion, Azizi Riviera will have a total of 71 mid-rise buildings with over 16,000 residences, including studios, one-, two- and three-bedroom apartments.-TradeArabia News Service