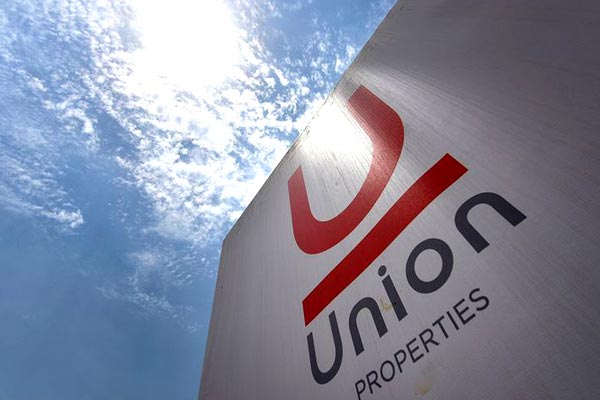 Dubai-based Union Properties has registered a revenue of AED105.7 million ($28.8 million) in Q1 2022, up 7.6% compared to AED98.3 million last year, largely due to the continued rebound in Dubai’s real estate sector and a significant improvement in performance in the group’s subsidiaries.
Announcing its financial results for the quarter ended March 31, 2022, Union Properties said it had recorded a net loss of AED12.5 million during the quarter compared to a net profit of AED5.6 million last year, primarily due to finance costs of AED17 million related to legacy debt, which the new management team continues to make progress on restructuring.
The comparative period in 2021 also included one-off gains of AED 6.9 million from the sale of an asset.
Dubai Autodrome reported a 38% year on year increase in revenues and 61.2% increase in net profit this quarter due to the launch of Motorsport Business Park 2 warehouse complex, increased uptake incorporate group packages, and major international motorsport events that took place during the quarter, it stated.
According to Union Properties, the earnings before interest and tax (EBIT) remain in the same range, amounting to AED5 million compared to the same quarter in 2021, despite the one-off gains of AED6.9 million due to the sale of assets in 2021 and additional legal costs of AED2.2 million related to claims from a prior period in Q1 2022 which is reflecting management’s focus on optimising costs, restructuring its operations, and delivering efficiencies across the business.
This positive progress led to a 21.2% year-on-year decline in administrative and general expenses in Q1, it stated.
The merging of property management and cold store management operations with Edacom was a significant factor in reducing costs and improving operational efficiencies this quarter.
On the company's performance, Managing Director Amer Khansaheb said the group saw an improved quarter for Union Properties as it increased the revenues and drove cost efficiencies across the business.
"We are also beginning to see the benefits of our business turnaround strategy and are confident that we will see further positive progress in the months ahead. In the meantime, our focus remains on addressing the company’s legacy issues head on, restructuring our debt and rebuilding shareholder trust," he added.-TradeArabia News Service
Share