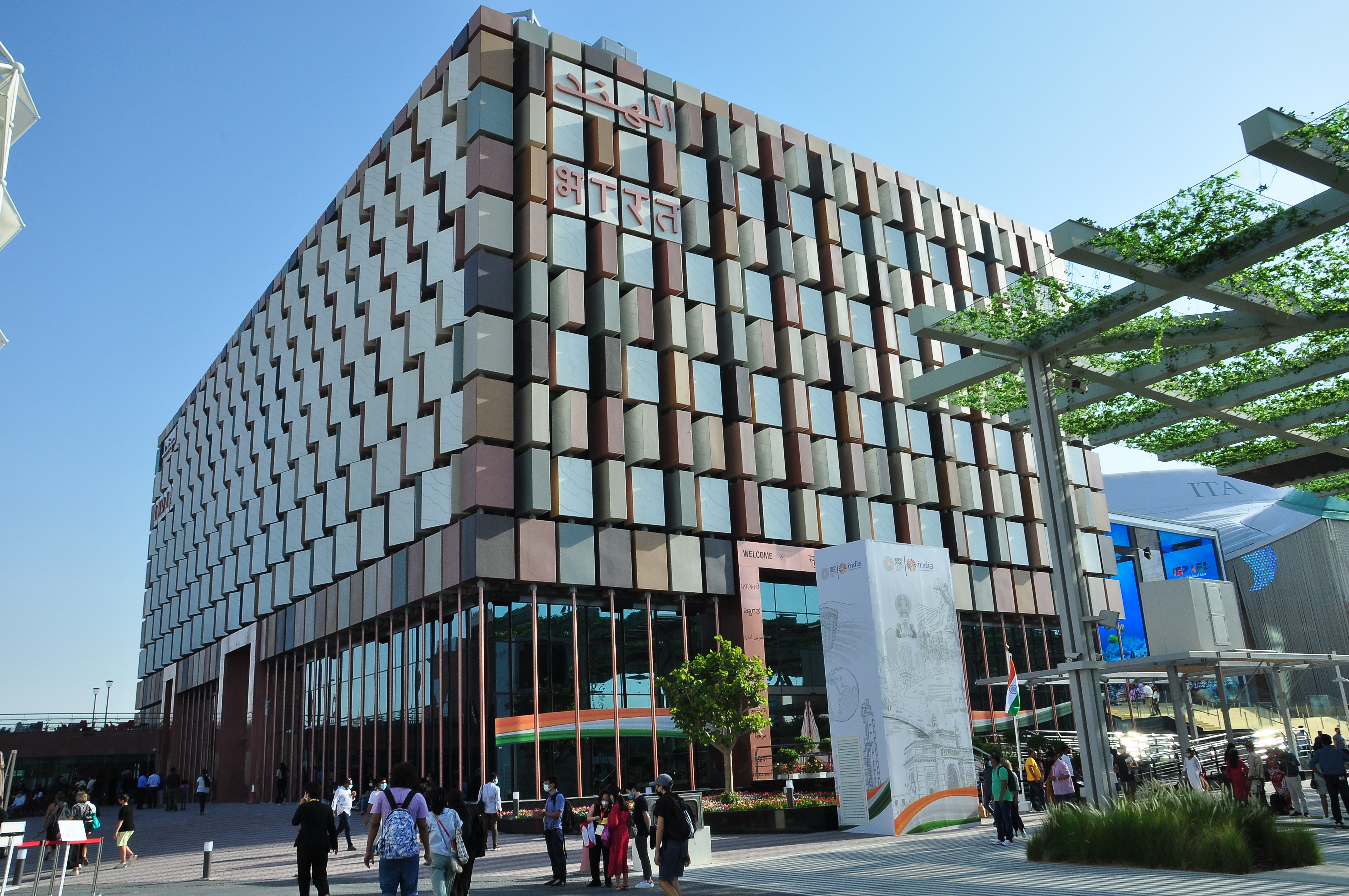 India Pavilion has been recognised as one of the most iconic pavilions at the Expo 2020 Dubai from among the 190 country pavilions on display by the American Institute of Architects (AIA), a distinguished 164-year-old international consortium of architects.
The main attraction has been its cutting-edge design which embodies kinetic architecture through its moving facade representing a vibrant, progressive contemporary nation which is today recognised by the world not only for its cultural legacy but also its new age technology, said its principal architect Dikshu C Kukreja.
The AIA hosted an event ‘Making of India Pavilion’ recently at Multipurpose Hall, India Pavilion, to celebrate the feat which was attended by architect delegates from across the world and the Indian diaspora.
The chief guest of the day, Dr Aman Puri, Consul General of India, Dubai, unveiled a compendium ‘Five Decades of India’s Built Environment’, that documents the transformations that have taken place in the built environment of India, authored by Kukreja.
Later, the dignitaries in the architecture fraternity took a tour of the Indian Pavilion to understand the idea and philosophy behind the design of the India pavilion through Kukreja’s lenses.
Addressing the gathering, Daniel S Hart, President American Institute of Architects, US, talked about the uniqueness of India Pavilion design.
"What you’ve accomplished in this building is that it’s not just the architecture that you have created but the possibilities that it represents and you’ve done a beautiful job in making that manifest," he stated.
Sherif Anis, AIA Middle East Chapter Abu Dhabi, UAE Executive Director of Royal Institute of British Architects (RIBA), UK talked about the uniqueness of India Pavilion design.
"India’s rich history is hard to express in a single building but this pavilion has been able to do that very beautifully," he added.
Dr Puri, lauding AIA for the recognition to the Indian pavilion, said: "It is a testament to the fact that a rather good job has been done and congratulations to Kukreja for the same."
"India is home to 1/6th of humanity and in such a large country, there are several opinions and ideas. Architect Dikshu has done a brilliant job of dealing with this challenge and creating a pavilion which is a beautiful amalgamation of these opinions," he remarked.
A Harvard alumni, Kukreja presented an in-depth discourse on the ‘Making of India Pavilion.’
He talked about the manifestation of India Pavilion design and five decades of the country’s architecture development through his presentation at the pavilion.
"Architecture is an amalgamation of creativity and engineering. For us, representing India on an international platform meant developing a design that creates a meaningful dialogue between the tangible and intangible aspects of the built form," he observed.
"This was a very unique project to work on because it is showcased on a global stage where you have an assortment of architecture from around the world," he added.-TradeArabia News Service
Share