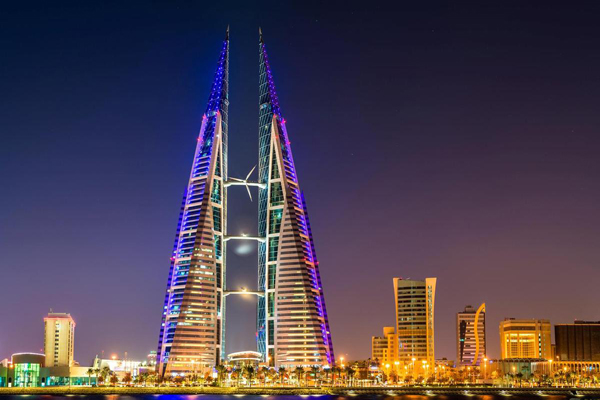 Bahrain’s non-oil real GDP grew 3.3 per cent quarter over quarter in Q4 2020, indicating the recovery of the non-oil sector aided by the financial and economic package.
At the same time, the oil sector shrunk 13 per cent, mainly affected by a 15.4 per cent decrease in oil production from the Abu Safah compared to Q3 2020 due to planned maintenance work, according to figures released by the Ministry of Finance and National Economy.
Overall, Bahrain’s GDP grew by 0.2 per cent in 2020. However, it decreased by 5.8 per cent in real terms compared to 2019, as anticipated by the ministry due to the effects of the ongoing pandemic.
The report, which summarised key developments in the local economy during Q4 and 2020, said the recovery of the non-oil sector was boosted by financial and economic package and measures by the government to deal with the Covid-19 pandemic
Among the key non-oil segments, the financial sector witnessed the largest growth rate at 11.6 per cent during Q4, followed by the transportation and communications sector (9.4 per cent), and the government services sector, which grew 5.3 per cent.
Furthermore, the report said the value of projects funded by the Gulf Development Programme, had increased in Q4 2020, with projects worth $ 74 million awarded thus bringing the total value of projects awarded since the start of the programme to $5.131 billion.
The report said contracts were awarded to build 71 housing units in the Galali and Wadi Al-Sail housing projects in Q4, in addition to Phase 2 of the electricity transmission network at Salman City, and two contracts related to the expansion of Sheikh Isa bin Salman Highway. The Bapco Modernisation Program’s completion was reported to have reached 65 per cent. –Tradearabia News Service
Share