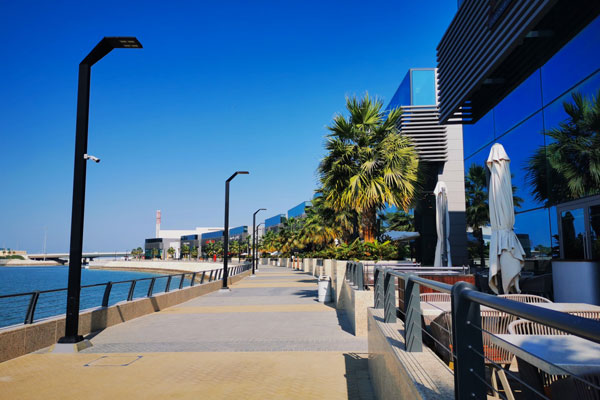 Kuwait-based real estate development company Mabanee said work is set to begin on the Phase Two of The Avenues - Bahrain, a premium waterfront project, in the first quarter of 2020.

An agreement was signed by The Avenues Company, a unit of Al Sorouh Management Company, with the Ministry of Works Municipalities and Urban Planning for the leasing and development of land beside Phase One of The Avenues - Bahrain, said Mabanee in its filing to the Kuwaiti bourse.

Once the work on Phase Two of The Avenues - Bahrain gets completed, it will add a leasable area of 38,000 sq m in addition to the 39,000 sq m leasable area in Phase One comprising a range of retail outlets and brands, stated Mabanee.

The Avenues - Bahrain is the first commercial and leisure mall in the Kingdom of Bahrain, with a unique seafront that stretches over 1.5 km located in a strategic area at the heart of capital Manama, as part of Bahrain Gulf Project.

The project was designed with the same character and concept of The Avenues - Kuwait, which is characterised by fine geometrical and architectural design that gives the visitor a sense of outdoor atmosphere under a covered roof that allows the sunlight transmission and prevent the heat, it added.

In addition, the design reflects an innovative recreational style that allows the public to access the charming waterfront.

On the future plans, the Kuwaiti developer said following the completion of the design work, the  construction is likely to start on the new districts which are expected to open by the end of 2021.

The new expansion will include the 210-room Hilton Garden Inn, which is directly connected to The Avenues, stated the developer.

In view of The Avenues - Bahrain success, Mabanee said it had recently added additional parking for 400 cars, which was designed with eco-friendly solar-powered technologies, it said.-TradeArabia News Service