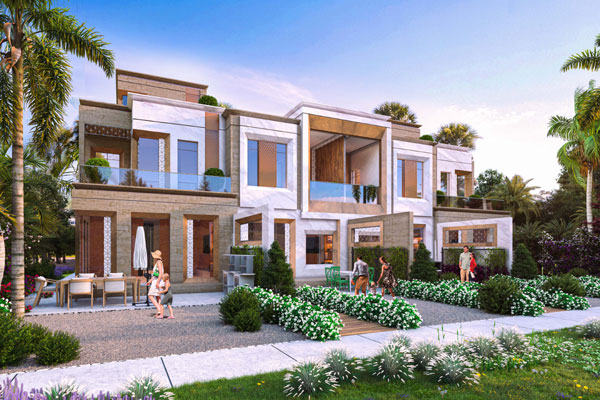 Damac Properties has announced the launch of the Monte Carlo residential cluster within its Damac Lagoons master development.
The latest addition to the Mediterranean-inspired community comes after the successful launch of seven clusters: Portofino, Venice, Malta, Nice, Santorini, Costa Brava and Marbella.
Monte Carlo comprises 4 and 5-bedroom townhouses and is nestled between the Malta and Portofino clusters, said the developer.
Nestled around large pristine water lagoons, white sandy beaches and equipped with a diverse and exciting range of amenities, each cluster is uniquely designed to evoke the spirit of the destination it represents, it added.
Damac said the Mediterranean city which is the inspiration behind the neighbourhood was part of Monaco at the base of the Maritime Alps along the French Riviera.
The city is a popular destination for the world’s elite and most famous for the Monte Carlo Casino. It also hosts an array of world-class events such as the Monaco Grand Prix and Monaco Yacht Show and is replete with Michelin-star restaurants, elegant top-rated spas and haute couture shops.
Much like its namesake destination in the south of Europe, the cluster offers an elite experience for the discerning few equipped with amenities such as an Aqua Opera School House Pavilion and a Board Games Casino Pavillion.
For vintage car lovers, there will be a special memorabilia area to showcase some of the most popular vintage cars from around the world, it stated.
Niall McLoughlin, Senior Vice President of Damac, said: "Monte Carlo offers a holiday escape without ever having to travel, thanks to the classic designs of its luxury townhouses that channel the spirit of the French Riviera."
"The cluster is yet another value addition to Damac Lagoons which was launched late last year. The vintage vibe and kids-friendly casino pavilion is a fun play off the Monte Carlo spirit," he added.
Share