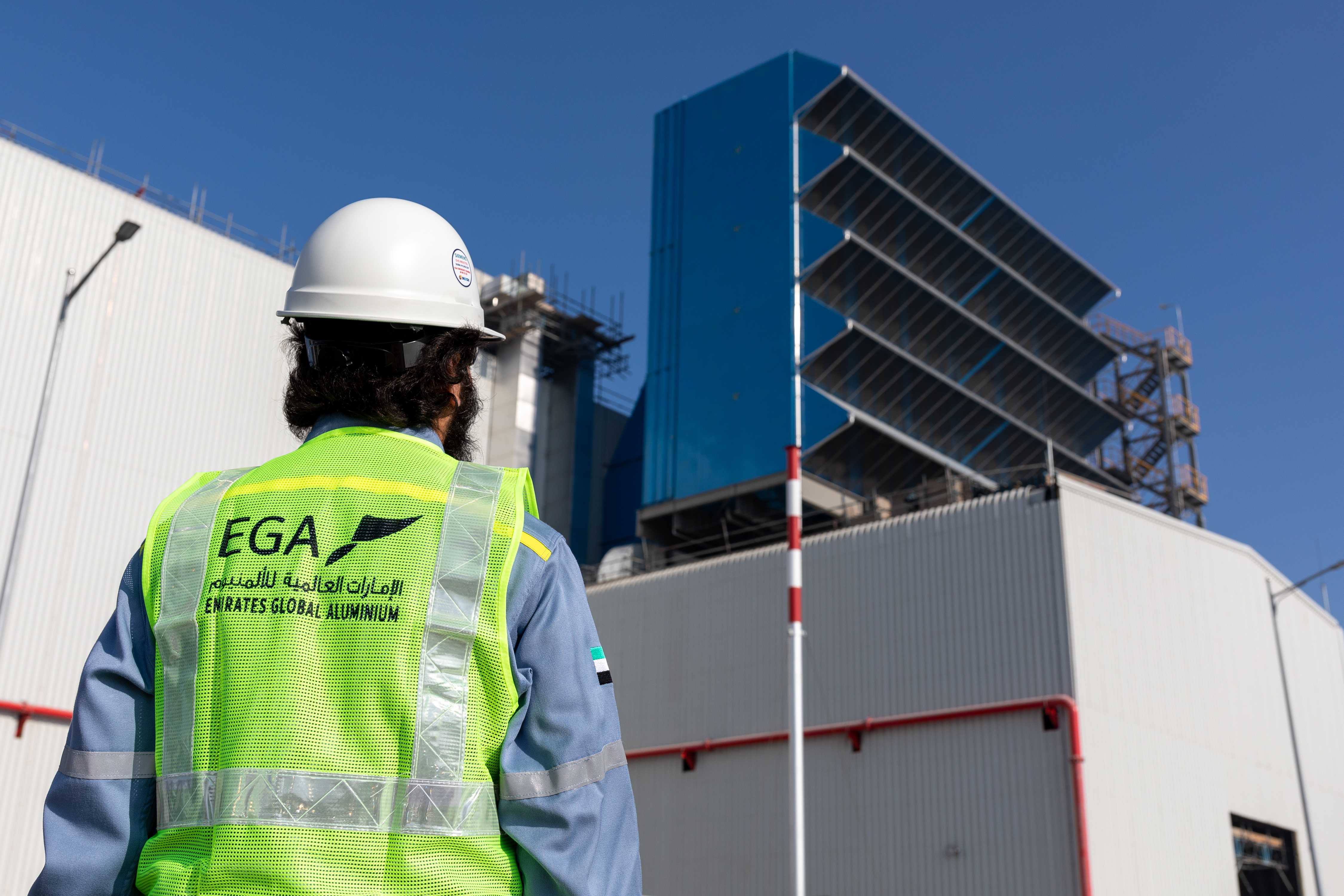 Emirates Global Aluminium (EGA) has announced that the company has successfully started up DX+ Ultra reduction cell technology with a modified lining at 500kA, the first time this amperage has been achieved in the Middle East.
In aluminium smelting, increasing amperage offers the potential to increase aluminium production, reducing the cost per tonne of building new reduction cells and improving the productivity of existing ones. The challenge is to maintain heat and magnetic stability within the reduction cell as amperage increases.
The 500kA milestone was achieved in EGA's Eagle research and development section in Jebel Ali.
It is part of feasibility work to prepare for the potential upgrade of 458 reduction cells at EGA's potline 3 in Al Taweelah, which has 444 DX+ and 14 DX+ Ultra pots.
Pushing amperage to 500 kA is expected to boost production by 5% compared to the current maximum operating amperage in EGA.
DX+ Ultra is EGA's latest fully-industrialised technology. In addition to potline 3 at Al Taweelah, DX+ Ultra was licensed to Aluminium Bahrain to construct the Bahraini company's potline 6 expansion project, which began production in 2018.
On the key achievement, CEO Abdulnasser bin Kalban said: "Reaching 500kA for the first time is a great achievement, and I congratulate our Research & Development team, who are continuously improving the performance of our proprietary smelting technologies as we strive towards being a technology pathfinder for our industry in the decades ahead."
"In addition to supporting production creep in Al Taweelah, this work also contributes to the ongoing development of our next-generation technology, which promises a further step-change in performance both for EGA and our technology customers," he stated.
EGA has developed its aluminium smelting technology in the UAE for more than 25 years. EGA has used its technology for every smelter expansion since the 1990s and has retrofitted all its older production lines.
The Emirati group has agreements with companies from Indonesia to Colombia, leading to further international licensing of EGA technology.-TradeArabia News Service
Share