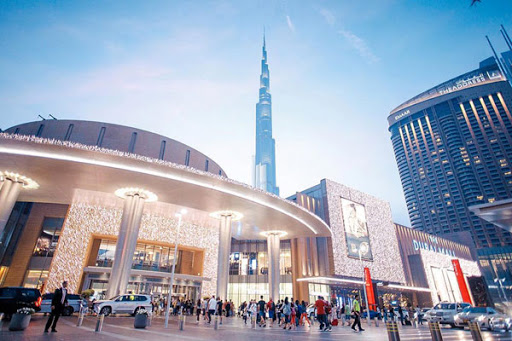 Leading Dubai developer Emaar Properties has achieved significant increased property sales for the first quarter which surged by 83 per cent to hit AED7.115 billion ($1.94 billion) compared to AED3.887 billion ($1.06 billion) last year. The property sales were even higher than Q1 2019 by 6%.
Announcing the results for the three-month period ended March 31, Emaar said backed by its robust property sales, the revenue too rose 12 per cent to hit AED5.993 billion ($1.632 billion).
The developer posted a net profit of AED657 million ($179 million) for Q1 compared to the net profit of AED609 million ($166 million) last, thus registering a growth of 8 per cent.
With a solid sales backlog of AED41.805 billion ($11.382 billion), which will be recognised as future revenue for Emaar Properties, the backlog reflects the strength of its financial position to preserve high revenue, profitability and shareholders’ return in the foreseeable future.
On the solid performance, Founder Mohamed Alabbar said: "As one of the most dynamic and growing markets in the world, Dubai’s property market resilience is a testament to its commitment to become one of the world’s best cities."
"We are dedicated to delivering properties in a timely manner and providing unparalleled residential developments that improve the lives of our residents and visitors," noted Alabbar.
"Within such a short space of time, Emaar has managed to achieve results that are comparable to 2019, before the pandemic affected businesses globally. Results are not by chance; they are a collective effort," he added.
According to him, Emaar has handed over more than 74,500 residential units in Dubai and international markets, with more than 25,500 units currently under development in the UAE and 11,500 units in global markets.
Setting new benchmarks in design, build quality, and innovation, Emaar consistently offers premium experiences and lifestyle opportunities across market segments; and its properties continue to remain sought-after by investors at home as well as abroad, he added.
Its other unit, Emaar Development, the UAE build-to-sell property development business, too has achieved strong quarterly property sales in Dubai during the first quarter surging by 106 percent to AED5.904 billion ($1.607 billion) compared to AED2.864 billion ($780 million) last year.
Emaar Development has achieved revenue of AED3.848 billion ($1.048 billion) and net profit of AED781 million ($213 million), which grew by 26 percent and 20 percent over Q1 2020, respectively.
Meanwhile its shopping malls and retail giant, Emaar Malls, has recorded revenue of AED901 million ($245 million). Overall net profit for Q1 hit AED 318 million ($87 million), up 169 per cent higher than Q4 2020. Emaar Malls assets maintained strong occupancy levels at 91 per cent.
Emaar said its hospitality, leisure, entertainment and commercial leasing businesses recorded a total revenue of AED457 million ($124 million) for Q1, with the hotels under Emaar Hospitality Group, including its managed hotels, boasting average occupancy levels of 62 percent despite current market challenges and restrictions imposed by authorities.
Underlining the dynamic revenue streams of Emaar, the company’s recurring revenue generating businesses of malls, hospitality, leisure, entertainment and commercial leasing, together achieved revenue of AED1.358 billion ($370 million).-TradeArabia News Service
Share