Azizi sees several Riviera projects on track for delivery in 2021 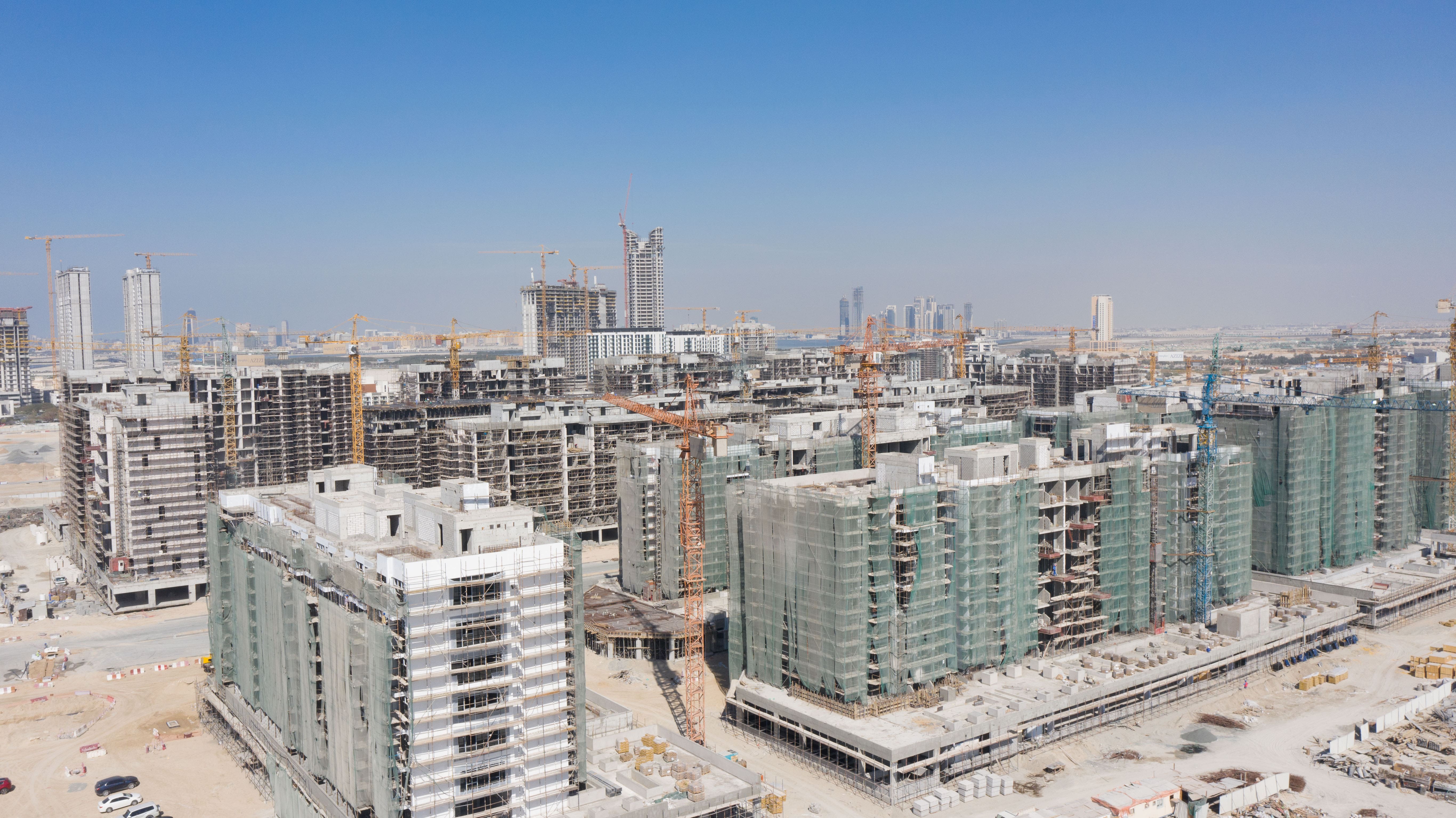 Azizi Developments, a leading private developer in the UAE, said 68% of the work within the Phase One of Riviera, it’s premium master planned community at MBR City, Dubai, has been completed.
All external façades, except for two plots, have been now been finished, while the majority of all HVAC equipment, such as chillers, FAHUs, and pumps have also been delivered and installed.
Joinery and ceiling installation at the development has begun and steel canopy works have been completed for several of the plots. Parking finishes have also commenced.
Giving the project upgrade, Azizi said several of the buildings are already 78% complete and will be delivered in this year.
For Riviera’s Phase Two, construction stands at over 50 per cent completion. Internal and external blockworks are now being substantially completed with the external plaster and primer coat works being 65 per cent done, said the statement from Azizi.
The aluminium curtain-wall framing and glass fixing has begun, and the ceramic tiles and HVAC equipment have also been delivered, it added.
On Phase Three, Azizi said more than 28 per cent of the work is over, while the structure work for several plots has already being done and masonry works has commenced.
Chief Development Officer Mohamed Ragheb Hussein said: "The pace at which Riviera, our flagship development in fastest growing and most popular area of this great emirate, is manifesting into reality is truly remarkable."
"Around 100 per cent of sub-structure works for several plots are also finished. Enabling earthworks have also commenced for multiple other plots," he added.
Hussein said it was expecting to sustain the same speed and quality of construction in coming months, with the first deliveries being near imminent. "Infrastructure work is also advancing very rapidly - this is truly a rewarding sight for our customers, as well as for us," he added.
The stylish waterfront-lifestyle destination, which is part of the internationally acclaimed MBR City, will comprise approximately 16,000 residences that are conveniently located in the midst of all the business, leisure, and retail hubs of the city.
Riviera will be home to 71 mid-rise buildings, overlooking an extensive retail boulevard, a canal walk with artisan eateries and boutiques, and Les Jardins — a lush-green social space.-TradeArabia News Service
Share