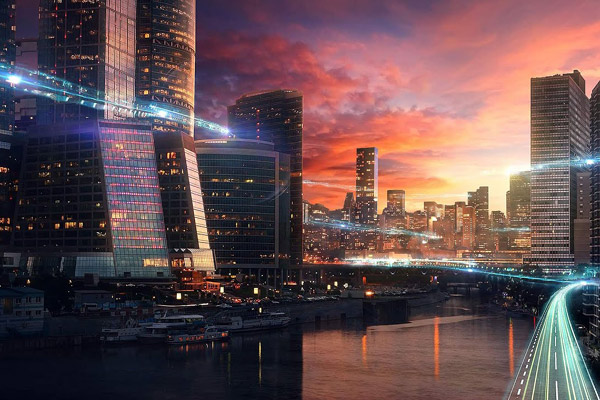 The destination for the future of living being developed in the northwest of Saudi Arabia, Neom said these members will provide industry insight and advise on key milestones besides forging strategic connections for the kingdom's ambitious project.

Lauding the move, CEO Nadhmi Al Nasr said: "We welcome the global and diverse expertise of the advisory board and are confident that each of them will make huge contributions to the development of the $500-billion giant city. It will also help shape Neom’s future through its detailed knowledge and connections with potential long-term strategic partners."

Those members have previously been engaged with Neom in a meeting held in New York, US, in August to review Neom’s strategy and discuss updates on the project.

Each of these advisory board members has been carefully chosen for their expertise and has demonstrated relevant experience, a global business background, familiarity with large-scale projects, senior board-level roles, international influence and enthusiasm for the aims of Neom.

Altman is an American entrepreneur, investor, programmer and blogger. He was named the top investor under 30 by Forbes in 2015 and one of the "Best Young Entrepreneurs in Technology" by Businessweek in 2008. He is also the Chairman of two energy companies, Helion and Oklo.

Lord Foster is the president of the Norman Foster Foundation. His company, Foster + Partners, is a global studio for architecture, urbanism and design with several notable projects including Reichstag in Berlin, the Great Court of British Museum, Boston Museum of Fine Arts, headquarters of Apple, Bloomberg and Comcast and airports in Hong Kong and Beijing.

Voser is an industry veteran with several years of experience in the industrial energy field. Before taking up his position as chairman of the board of technology giant ABB, Voser served as CEO at Shell, amongst other positions with the company. He currently serves as a board member at Roche, IBM and Temasek, as well as several non-profit organisations.

Son is the founder of SoftBank, a global technology company that aspires to drive the Information Revolution and has expanded its business to cover a range of technologies, including telecommunications, AI, smart robotics, IoT and clean energy. In 2017, SoftBank announced the first major close of the SoftBank Vision Fund to support the transformational companies at the forefront of the Information Revolution.

Andreessen is a pioneer in the tech world who has founded software companies like Opsware, Mosaic, Netscape and Ning. He sits on the board of directors of Facebook, eBay and Hewlett Packard Enterprise among others. Andreessen was one of six inductees in the World Wide Web Hall of Fame announced at the First International Conference on the World-Wide Web in 1994.

Brown is an industrial designer by training and has earned numerous design awards, as well as advising senior business leaders. As chief executive of Ideo, a company which focuses on the value of design thinking to business people and designers, Brown discusses the concept of design thinking around the world, including at the World Economic Forum in Davos and through TED Talks.

Collins is currently the chairman of the Yale Som Advisory Board. He had founded investment firm Ripplewood in 1995, with his previous experience at Onex Corporation, Lazard Freres & Company, Booz Allen Hamilton and Cummins Engine Company. He has also served on a number of corporate boards.

Cousteau is an expert in environmental issues and is currently a National Geographic Emerging Explorer, filmmaker and global oceans expert.

Doctoroff was earlier the president and CEO of Bloomberg. Before that Doctoroff had been the deputy mayor for Economic Development and Rebuilding in New York and managing partner of Oak Hill Capital Partners. He presently serves on the boards of the University of Chicago, World Resources Institute, the US Olympic Committee, Bloomberg Philanthropies and Human Rights First. He also helped found several charitable organizations.

Fréchet is a Professor emeritus at the University of California, Berkeley and vice-president for research at the King Abdullah University of Science and Technology (KAUST), Saudi Arabia. He is a leader in developing strategies and managing resources to support interdisciplinary, collaborative research bridging science and engineering. He is the author of over 800 publications with more than 106,000 citations and 200 patents.

Kalanick is the chief executive of City Storage Systems, a holding company focused on redeveloping real estate assets to fuel urban job creation and neighbourhood rejuvenation. He is also co-founder and former CEO of Uber. During his seven years at the helm in Uber, the company grew to operate in more than 70 countries, employed over 15,000 people and provided three million drivers with flexible work opportunities to complete over five billion rider trips. Prior to Uber, he founded Red Swoosh, a networking software company.

Kroes is a former Minister for Transport, Public Works and Telecommunication in the Netherlands. She had earlier held the position of EU Commissioner - the first term as EU Commissioner for Competition Policy and the second term as commissioner in charge of the Digital Agenda for Europe. In the last term, she was also vice-president of the European Commission. Kroes currently serves on various international company boards.

Liveris, an industry veteran, ran Dow, a producer and marketer of chemical, materials, plastics and speciality chemicals for over 14 years and was responsible for transforming Dow and DuPont into the largest chemical company in the world. He has advised two US presidents, written a seminal book on the criticality of manufacturing to economic development and is on the boards of Saudi Aramco, WorleyParsons and IBM, and an advisor to the Public Investment Fund of Saudi Arabia.

Dr Moniz had served as the 13th United States Secretary of Energy from 2013 to January 2017. He is the Cecil and Ida Green Professor of Physics and Engineering Systems emeritus and Special Advisor to the MIT President. Dr Moniz is also CEO of the Nuclear Threat Initiative and of the Energy Futures Initiative and the inaugural Distinguished Fellow of the Emerson Collective.

Raibert leads the development of some of the world's most advanced robots. Before founding Boston Dynamics in 1992, he was a professor at MIT and Carnegie Mellon University, and is a member of the U.S. National Academy of Engineering.

Ratti is an architect and engineer by training and currently teaches at MIT. He has co-authored over 500 publications and patents.

Rossant founded the NewCities Foundation in 2010 with an aim to shape the future of urban projects. He was previously responsible for the production of global forums, such as the e-G8 in Paris and the World Economic Forum in Davos and is also the CEO and chief curator of LA CoMotion, the annual conference and event on future mobility. He is a board member of the Fondation Tocqueville in Paris and Humanity in Action in New York.

Speyer, as its president and CEO, has grown Tishman Speyer into a leading global real estate company with $50 billion in assets. He is the chairman of the advisory board of the Mayor’s Fund to Advance New York City, and in 2013 became the youngest-ever chairman of the Real Estate Board of New York. He currently serves on the advisory council of Exor as well as several charitable ventures.

Neom has announced that several more industry experts are likely to join the advisory board in the coming months.

The Saudi futuristic city's emphasis on sustainability and innovation makes it a core pillar of Vision 2030, the kingdom’s ambitious blueprint to diversify its economy and enable wider societal transformation.

Neom forms part of the Saudi giga-projects investment pool for the Public Investment Fund (PIF) of Saudi Arabia. The giga-projects are integrated economic ecosystems that will support the economic transformation of the Kingdom and act as a catalyst for investment across various sectors, and in addition to Neom include The Red Sea Project, and Qiddiya.-TradeArabia News Service