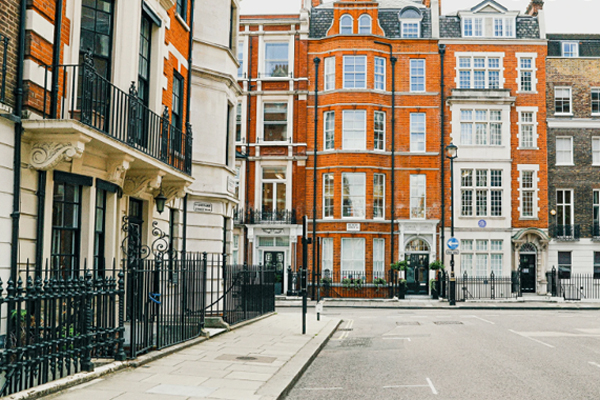 Following on from the news last week that the pound sterling had sank to its lowest level against the dollar since March 2020, there has been a noticeable surge in UK property interest from Gulf based real estate buyers, according to global consultancy firm Knight Frank.
Middle Eastern buyers have long been synonymous with purchasing luxury homes in some of the UK’s most elite postcodes, with prime central London being the sweet spot for Gulf investors, it stated.
The latest news regarding the low GBP to USD rate levels continues the year on year sterling trend, down more than 10% against the dollar, which has only heightened investor interest into the UK as they look to take advantage of the low rates, and further increasing the ‘Perfect storm’ which has driven activity to record highs in prime London property market as demand in the capital continues to recover from the depths of the pandemic.
Another star attraction has been the British education system, which remains a crucial driver of demand for these GCC investors as they look to educate their children in the UK, said the property expert.
Henry Faun, Partner – Head of Private Office at Knight Frank Middle East, said: "The UK and specifically the central London market remains key in the portfolios of our Gulf-based clients. The weaker Pound Sterling combined with the ease of travel this year has assisted our High Net Worth clients with their acquisition decisions."
"It’s very clear that the lure of UK and in particular London real estate is still very high amongst the investors from the Gulf which will only add further to the number of new prospective buyers registering in London, which in May was the third highest figure in a decade, also coinciding with the number of new sales instructions in the capital in May being the sixth highest figure in ten years," explained Faun.
"The pattern is broadly similar in prime central and outer London, with both areas recording a ten-year high for offers accepted and May seeing the tenth highest month in a decade for exchanges when the impact of stamp duty holidays is removed," he added.
Looking at the longer term trajectory, Knight Frank forecasts that prices in Prime Central London will outperform most other UK markets over the next five years, with International buyers, of which the Middle Eastern region will form a large proportion of, continuing to return to buying property in the capital in large numbers, to accelerate this trend.
As well as the residential market, the UK’s commercial real estate markets have also shown great momentum in the first five months of the year, with investment volumes reaching £20.2 billion year to date, which is 7% above volumes over January – May in 2020 and 8% higher than this period in 2019.
The UK is the top market globally for cross border commercial real estate investment, with $18.3bn invested year to date and London remains as the most invested city worldwide for overseas capital.
Ashley Bayliss, Partner (Head of Debt & Mortgage Advisory) at Knight Frank Middle East, said: "UK interest rates have recently risen in-line with other international markets, however, the investment case for UK real estate remains compelling when considering both the continued potential for growth and current weakness in GBP."
"UK mortgage lending is very accessible to Middle Eastern residents, of all nationalities, with Islamic financing options also available," he added.-TradeArabia News Service
Share