Riyadh Metro 7th most influential project of 2021 in PMI list 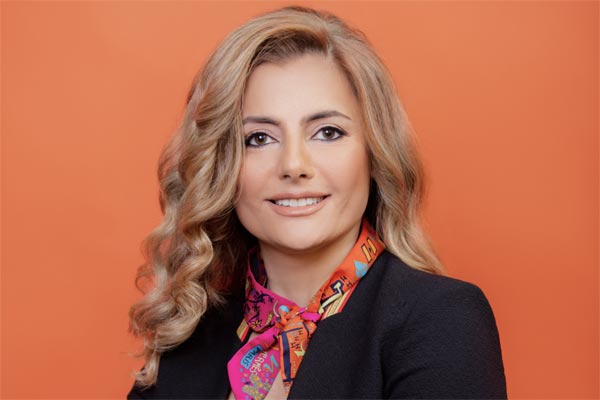 Saudi Arabia's ambitious Riyadh Metro Network has been named the 7th most influential project of 2021 by Project Management Institute (PMI).
Published today (November 25), the list — which made its debut in 2019 in honour of PMI’s 50th anniversary — highlights compelling projects around the world and across industries that achieved significant milestones and impacted society.
Riyadh Metro is one of several projects launched in the Middle East and North Africa (Mena) recognised by PMI’s third annual list of Most Influential Projects.
The network has been spotlighted by PMI alongside a diverse selection of Mena projects — including Iraq’s Al-Nouri Mosque Complex, Morocco’s Innovation Campus and Expo 2020 — as one of the top 50 influential projects of the past 12 months.
Projects are the primary way to turn ideas into reality, and an idea is only an idea until we make it real through a project, said the PMI experts.
The 2021 Most Influential Projects list demonstrates how project managers and changemakers have found resourceful ways to bring projects to life amid global disruptions, including the continuing pandemic.
"As the world's leading association for project professionals and changemakers, PMI is dedicated to championing the work of truly impactful leaders and community-builders. The examples set by these leaders and organisations will inspire others to also pioneer lasting solutions to the world’s most pressing challenges," remarked Grace Najjar, Managing Director of PMI Mena.
"The PMI list is a celebration of the project management mindset and the power skills required to affect positive change in the MENA region and beyond," she stated.
"As a for-purpose organisation, PMI is dedicated to supporting and uplifting those who are enabling change around the world," remraked Michael DePrisco, Chief Operating Officer of Project Management Institute.
"Our 2021 list of Most Influential Projects proves how creativity, collaboration, discipline, and determination can turn the boldest of ideas into a reality and change the world that we live in — even during the most challenging times," he noted.
The main list of the 50 Most Influential Projects includes innovation in transportation, renewable energy, architecture, technology, and more.
Some of the top-ranked projects include mRNA COVID-19 Vaccines, 2022 Winter Olympics, and the Crew-1 Mission. Additionally, PMI released 30 lists recognising the Top 10 most influential projects in a variety of regions and industries. In total, the lists include more than 250 breakthrough efforts across a wide range of industries.
Members of the project management community — including experts, volunteers, academics, and industry leaders from across the globe — provided input and nominations for this year’s list.
The pool of candidate projects, which numbered in the thousands, was then vetted by a PMI thought leadership team.
The Top 10 Most Influential Projects — Mena region
1. Riyadh Metro - For introducing the power of public transportation to Saudi Arabia’s largest city
2. Al-Nouri Mosque Complex Reconstruction - For using architecture to help rebuild a community emotionally and economically
3. Al Dhafra Solar Photovoltaic Plant - For helping the UAE diversify its energy — and its economy
4. Expo 2020 Dubai - For working around COVID-19 to make a megaevent even bigger
5. Museum of the Future - For embedding its future-focused purpose into its next-gen design and construction
6. King Salman Energy Park
7. Hamad International Airport Expansion
8. Innovation Campus
9. Jafurah Gas Field
10. Iris Identification
The final list represents PMI’s vision of projects, and the project professionals and changemakers behind them represent the creative spirit shaping how the world collectively reimagines a new future, makes ideas and dreams reality, and, as a result, change the world.
Share