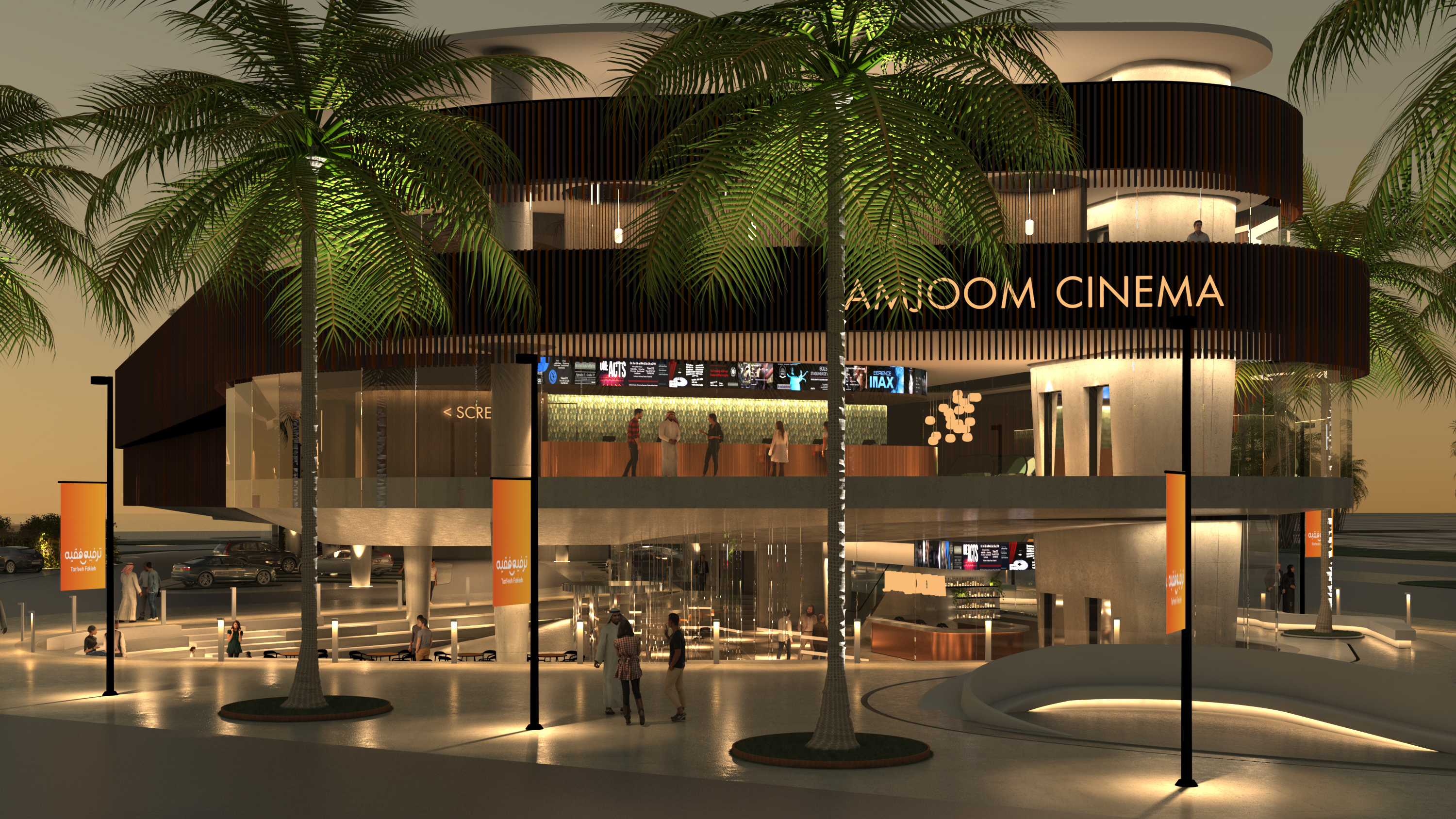 Fakieh Leisure and Entertainment Group (Tarfeeh Fakieh), a leading provider of leisure and entertainment in Saudi Arabia, has signed an agreement with Jamjoom Production and Distribution to operate a cinema at the Jeddah Walk project at an investment of SR300 million ($80 million).
As per the agreement, Tarfeeh Fakieh will construct a magnificently designed building on the Corniche beach, along the Red Sea, as part of the Jeddah Walk project, to allow visitors to enjoy the latest movies using state-of-the-art audio-visual projectors, said the company statement.
The new cinema will feature nine screens and have 837 seats besides a variety of restaurants. It will also have an upper terrace for the movie-goers to watch the Red Sea and enjoy the sunset splendour and "to provide its guests with an exceptional experience."
The Jeddah Municipality continues to develop the waterfront, and it is cooperating with Tarfeeh Fakieh to redevelop the Al-Nawras Island and transform it into a top recreational area and tourist attraction, it stated.
The project is part of Tarfeeh Fakieh’s investment contract with the Jeddah Municipality.
Under this pact, Jamjoom Production and Distribution will manage and operate the cinema in cooperation with an international company.
The agreement signing ceremony was held in the presence of Jamil Attar, CEO of Tarfeeh Fakieh, and  Waheed Jamjoom, CEO of Jamjoom Production and Distribution, it added.
Commenting on the project, Attar said: "Based on Tarfeeh Fakieh’s extensive experience in investing in the tourism and entertainment sectors and encouraged by our wise leadership’s support for these sectors, we are currently working to redevelop Al Nawras Island."
"We aim to turn Al-Nawras into a distinct entertainment and tourism destination that contributes to achieving the objectives of the Saudi Vision 2030 as well as its realization program, the Quality of Life Program 2020," he added.
Jamjoom said: "We take pride in our cooperation with Tarfeeh Fakieh, especially as the group has a wealth of experience in the entertainment and tourism sectors and is actively engaged in spreading joy and happiness among Jeddah’s residents and visitors."
"The Tarfeeh Fakieh investment initiative will contribute to the return of Jamjoom Cinema after more than 50 years. We will also benefit from our legacy in the cinema sector, as we were the first to open a modern and popular cinema in Saudi Arabia in 1969," he added.-TradeArabia News Service
Share