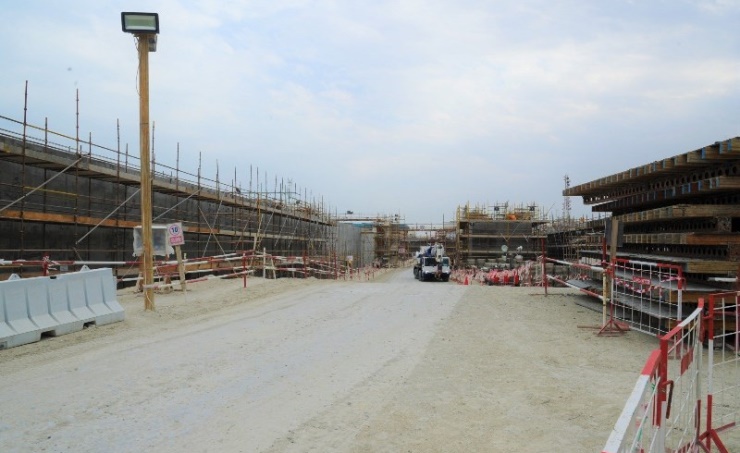 Bahrain authorities said expansion work on the Phase Four of the wastewater treatment plant at Tubli area of the kingdom is progressing as per schedule, reported BNA, citing a senior minister.
"Phase Four of the expansion project that aims to accommodate the increased flow of waste water, taking the average daily flow capacity of 200,000 m3/day to reach a full average daily flow capacity of 400,000 cubic meters/day," stated Works, Municipal Affairs and Urban Planning Minister Esam bin Abdullah Khalaf.
He was speaking after inspecting the progress of the Tubli expansion project. The scope of work includes setting up of a 'collection room' for wastewater streams 21 m underground and a pump 25.1 m underground that will receive wastewater flows from the collection room, he stated.
Stressing upon the significance of the project, Al Khalaf said this was the fourth expansion process since the plant was launched in the early 1980s.
It will help boost the performance of Tubli Plant in addition to increasing the production of the treated water used for irrigation and agricultural beautification, it added.
Share