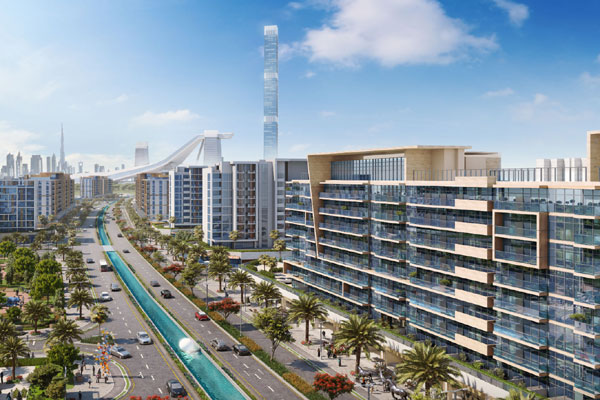 UAE-based Azizi Developments has announced steady progress within its stylish waterfront-lifestyle destination, Riviera, located in the heart of MBR City, Dubai’s most popular residential destination.
French Mediterranean-inspired community, which is part of Meydan, will boast a total of 16,000 residences conveniently located in the midst of all the business, leisure and retail hubs of the city.
Azizi said nearly 60 per cent of the work has been implemented in Phase One of the project, while Phase Two is 41 per cent and Phase Three is 22 per cent completed.
Designed to introduce the south-eastern France lifestyle to Dubai, which is not merely about architectural art but also about a certain ‘joie de vivre’ — a celebration of life, an exultation of spirit, Riviera represents a new landmark, stated the developer.
With its strategic location near the upcoming Meydan One Mall and the Meydan Racecourse - home of the Dubai World Cup - as well as Dubai’s most noteworthy points of interest, Riviera represents one of Azizi Developments’ most coveted projects.
The homes offer spectacular views of the city’s skyline and ensure generous space, spread across three districts: an extensive retail boulevard, a canal walk with artisan eateries and boutiques, and Les Jardins - a lush-green social space.
Executive Director (Engineering Division) Mohamed Ragheb Hussein said: "We are delighted to be completing the first buildings in the Phase One by year’s end, with many more to follow within the first quarter of 2021."
"With infrastructure also progressing rapidly, the project’s remarkable progress is truly a rewarding sight to behold. Riviera is our pride and joy – seeing it reach completion and turning into a liveable city that will enhance lifestyles for generations to come, fills us all with immense excitement," he added-TradeArabia News Service
Share