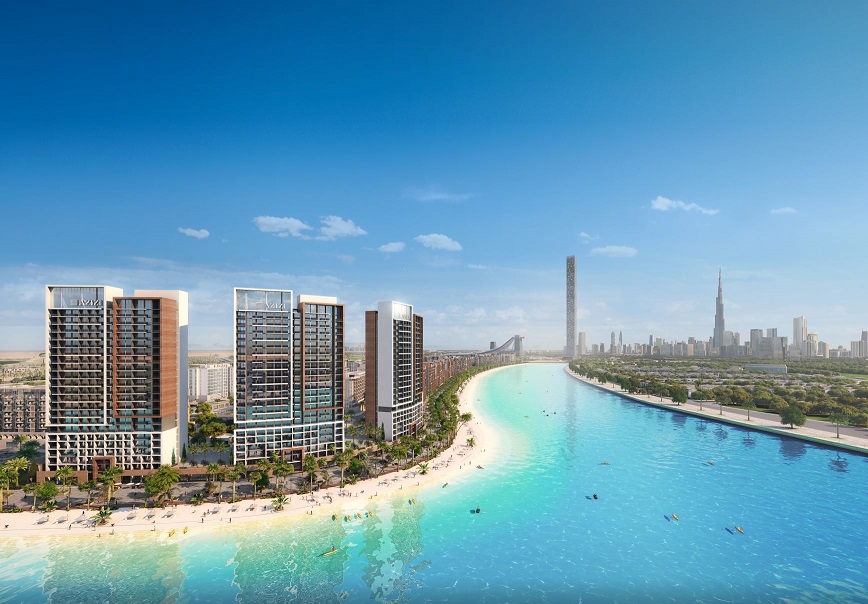 UAE-based Azizi Developments has announced the release of 120 more residential units across 18 floors at its Beachfront project in the third phase of Riviera, the developer’s French Mediterranean-inspired residential and commercial waterfront community in Dubai.
Azizi pointed out that all of these units will get to enjoy direct views of its crystal lagoon.
Offering beachfront living in the heart of Dubai, the latest three 14-storey developments, with 252 studios, 84 one-bedroom apartments, 84 two-bedroom homes and 19 retail spaces totalling 439 units, are highly sought-after, said Azizi in a statement.
This move comes in light of the project selling out rapidly to local and international investors, with Azizi having to release new, previously withheld and unseen units to satiate the surging demand.
Beachfront had sold out nearly 40% within just one month of being launched, it added.
Commenting on the release, CEO Farhad Azizi said: "It excites us to see this exceptional high-end project sell out so rapidly. We take great pride in responding to the surging demand with the release of 120 more units. This is a testament to the success of Beachfront, and Riviera as a whole, with it representing a distinguished value-add to Dubai’s awe-inspiring skyline."
"Riviera is truly one of the – if not the – most growth-inclined, strategically located, well-connected, and highly esteemed addresses of the emirate," stated Azizi.
"It is a premium community for which no expense was spared, one with a build quality that will meet and far surpass investor expectations, and with a remarkably wide range of amenities, including its vast beach-like lagoon. Riviera is a manifestation of all our values – from customer centricity and investor friendliness all the way to sustainability and sophistication in design," explained Azizi.
"Each of the buildings, set on the shores of Azizi’s 2.7-km-long swimmable crystal lagoon, features direct beach access, its own swimming pool, vast landscaped areas, a fully equipped gym, a barbeque area, a children’s playground and games, as well as a yoga space," he added.
Following the release, Azizi is now gearing up for the remainder of its 2022 deliveries, comprising a total of 8,895 units across 42 projects.-TradeArabia News Service
Share