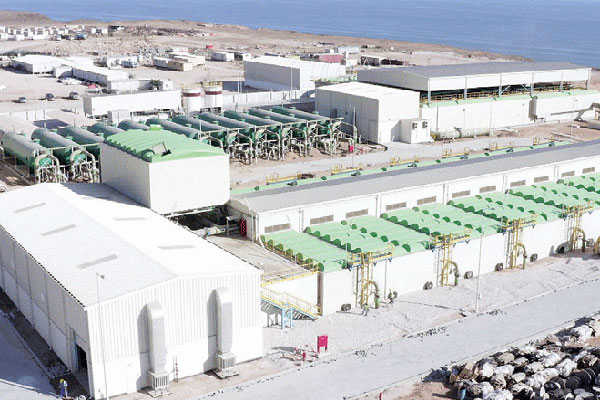 A major independent water project - being developed by Saudi-based Acwa Power in consortium with French utility company Veolia and Oman-based Dhofar International Development and Investment Holding Company (Didic) in the Salalah region of Oman - is set for commercial operations, said a report.
The 25-million-imperial-gallons-per-day (MIGD) capacity project is being set up near Mirbat outside Salalah at an investment of $160 million, reported Oman Observer.
One of the largest players in Oman, Acwa Power is a key developer and operator of power and desalinated water plants headquartered in Riyadh.
The engineering, procurement and construction (EPC) of the plant is being handled by a consortium of Fisia Italimpianti  (part of Webuild of Italy) and Abengoa Agua of Spain, while the operations and maintenance are being undertaken by a consortium led by Veolia Middle East with Nomac Oman and DIDIC.
Recently, Fisia Italimpianti had announced that the Salalah IWP was entering its final stage of commissioning, with three of the five reverse osmosis (RO) units already producing water.
The project’s commercial operation date (COD) comes less than three years after the Omani government, represented by Oman Power and Water Procurement Company (Member of Nama Group) the sole procurer of all electricity and water capacity in the sultanate, had signed a number of agreements with the project company to establish the Salalah IWP, said the report.
Under the 20-year water purchase agreement signed by OPWP with Dhofar Desalination Company, the latter has committed to building a modern facility based on RO technology, it added.
Share